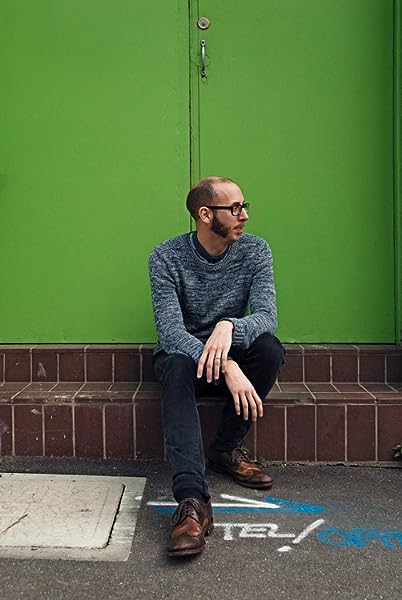 
That happened later, when I was halfway through writing my fourth novel, Nymphomation. I had contributed to an anthology called Disco Biscuits , which featured stories about or set within rave and dance culture. The book caught a bit of a zeitgeist wave and did well, so the editor, Sarah Champion, took some of us on a reading tour of night clubs.

It was strange; a bunch of writers turning up at a club and reading, whilst music could be heard from the next room. Anyway, one night — I think it was in Leeds — I was waiting to go on whilst another writer read on the stage. And at that moment, I had a vision. When I got back home I opened up the existing document of Nymphomatio n and started to explore the idea of remixing a passage to create something new.

It was a very crude process in those early days, just moving words around on the screen to produce a randomised text and then looking for a new story within that. But it was interesting, and it showed me a way forward: that through the process of remixing a new insight or approach or point of view could be produced on an already existing text. My next book was Pixel Juice , a collection of short stories.

JEFF NOON AND HIS COVER ART: A DESIGNER'S PERSPECTIVE

Really, this volume was the testing ground, the laboratory for what I later called dub fiction. The next novel, Needle in the Groove , took this process even further: the whole book was infected, as the characters are, by a musical drug, so the language was remixed in the same way as the characters were by the music that they were playing.

Form equalled content. It was fascinating to watch him at work in his home studio. I had never actually seen digital music software being used before, not right in front of my eyes. I was amazed of the way in which David could so easily manipulate musical material, using a series of gates or effects, such as EQ, filter, reverb and echo. This led on to Cobralingus , an experimental book that pushed sampled texts through a series of effects, such as Explode, Find Story, Dissolve, Randomise, and so on.


Now I should state that all this processing took place inside my head; there was no actual software involved. But I really like the hands-on approach. I was acting more like John Cage painstakingly slicing up lengths of magnetic tape with a razor blade than a modern digital musician.

This can be found online here. On my own music-making experiences: In terms of my own musical abilities, I have some musical training, and I played the bass in various post-punk bands. I was always starting bands that usually lasted for a few gigs only or even just for a couple of rehearsals, before collapsing.

I can recall The Shrinking Violets and the ibeats; there are many others I can no longer name.

I also played guitar in Manicured Noise, who actually went on to make records after I left. But the bass remains my favourite instrument, to this day, especially as revealed through the abstract beauty of dub. My other great love was writing song lyrics, and I think a lot of my later writing style came out of that particular medium.

We took a long time making it and for various reasons it never got off the ground. Whilst we were all waiting for things to get moving we all moved on to other things and I ended up designing websites and creating marketing communications. Years later I was able to use these skills for Jeff as a friend. I was trying to get a sense of the proto-punk cut-up style flyers and promos that were influencing art during the 70s.

Jeff has already spoken about that sense of dynamism in literature so I thought I would try and reflect that. At least that was a consciously inspirational process I was working with. Layers and collage. Juxtaposition and conflict. With Vurt there is always a sense that you are not seeing a pure image. I was trying to convey some kind of essential icon for the story but then to have that hidden or obscured by the process. That is why I use so many layers in the covers; each layer adds some texture to the colour or shape that takes the image away from pure.

I thought the use of pixilation would be cool to see when it moves from the thumbnail to the full size.


At the small size the image would seem clearer and then as you get the higher quality image you would see how broken that image is. Keeping that very clear and simple primary image proved quite difficult with the others in the series, the hooks for them were much more complex.

The image for Falling Out of Cars is one I am most pleased with technically but the Vurt cover needed to reflect the primary nature of the whole Jeff Noon vibe. That one had to be the most direct. There is always some difficulty in creating something for these first novels. They are so important to my history and I know them very well but I was worried that the use of feather and flower was too obvious.

I started looking at distorting the feather or using a vastly magnified pollen grain but they were moving away from the feel of the books. In the end it came back to the simple idea; a yellow feather and a flower. With Vurt the more simple and iconic the feather image the better.

Pollen also managed to use that pollen grain as the flower centre in the end. Jeff put the word out to a number of artists asking for their ideas for the covers, starting with Automated Alice and Pixel Juice , to get a feel for what they could do and he asked me to submit something. Naturally I was raring to go. It is always best to run with that instinctive thought as far as you can before considering other ideas. It may never be the final work but the core elements of what you want are normally held in there somewhere; a kernel of the pure motivation. If you can get as many of those first ideas down then they will be available later in the process.

It seems interesting to me looking back at these how close they were to the final images but also how raw they were. The spine motif was one of the first ideas to spring into being and it was always with the full series in mind, that it could tie the range of covers together. With these first designs it showed that I was experimenting with just how ugly a colour palette I could get away with.

I think that was another original element that I fixed upon, the idea of pixilating and breaking down the image, distorting it. Jeff showed that around and there was general positive feedback so I tried to expand a bit further. These second ideas came from an attempt to abandon the first thought and provide something in the opposite direction; something a bit more refined, understated and simple.

I thought the covers could focus on the wording of the tile rather than leaning on a graphic central idea. I then wanted to see how those ideas would pan out in other covers, so I went to Channel Sk1n. I had not read the work at that stage, only heard the title, but I tried to capture something for it. This was moving towards a full photographic design idea; a third option. After that initial volley of designs Jeff approved and gave me the go ahead. We met up to talk them through and despite my best efforts to go beyond the first ten minutes work it all came back to the first inspiration.

Now I had to think a bit more carefully about the requirements of this brief. It had to be cohesive and balanced across at least ten covers and it had to scale from tiny thumbnail to possible poster size. I set up a folder structure to start gathering ideas and scoured the net looking for free images, free fonts and anything that would spark interest. We had narrowed down some of the elements of the template I would use in our initial meeting so I knew that I had a visual space to create some kind of icon or primary image that would reflect the mood of the work in question.

Vurt and Pollen were very clear to me, as was Automated Alice and Nymphomation. These were created very quickly.