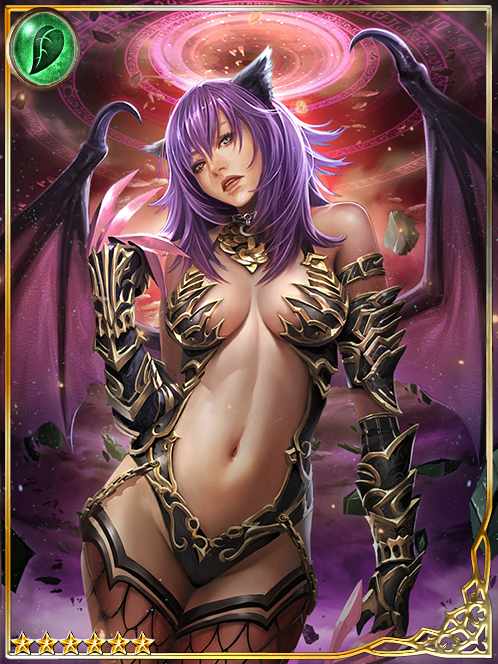 
Maybe start with charmed and ramp it up later. Maybe add an improvement every time the succubus gets another daily use. The same is true of succubi's caress. As I read it, it's Suggestion at will. At 3rd level. Again, incrementally ramping up the power would be better, imo.

Succubi Healing doesn't seem too overpowered, but since there's no downside, it's effectively infinite out-of-combat healing. I'm a little leery of things like that. It's not too outrageous, but a little more than I'm comfortable with at 6th level. I guess it depends on your games. If you typically have days with fewer encounters where out-of-combat resources aren't particularly limited, then it's not too bad. Shifting Features is the opposite. I'd actually like to see it phased in earlier. For me, taking on different forms is a big part of a succubus' schtick.

A lot of the abilities seem to have unlimited uses. Is that intentional? I don't think anything necessarily needs per day limits, but I just figured I'd ask. I know I tend to forget to add those sometimes. Overall, I think this does a decent job of spreading succubi-themed abilities out over 20 levels. I think it's a little front-loaded and, with the exception of Mass Drain Life, the higher levels could use a boost.

But an interesting class! If all you have is a hammer, don't be lazy; be a blacksmith and start making more stuff. Succubus and Incubus are the same creature, female and male versions respectively. I may be tempted to try out this base class if I find a willing PbP. As-written, having the Hunger at 1st level is meaningless, so it should not be gained at 1st level, but rather at 2nd. Originally Posted by Mephibosheth. Drain life seems like a pretty powerful ability for second level. Much better, imo. I think it would be OK to add negative levels back into Drain Life at higher levels, say at level I don't think you want to lose that aspect of the succubi completely, just postpone it in the progression.

Finally, I'm a little bit confused about the succubus' spells known. My guess is that you intend her domain spells to be her only spells known, since there's no spells known chart and no other spell list. I like that mechanic, though if that's the case, I think it might be a good idea to give her an extra domain in the early levels so she has more than one spell known.

I thought you may want to know. I wish the best to you all, and perhaps I will eventually have something more to write about.

Until we meet again…. One of my wives has been working a terrible shift this month.

My other wife and I hardly get to see her at all, but on Friday nights we wait up late for her, just to have a few moments together. Here we are, keeping each other awake, keeping company. We hold each other in loving embrace, waiting for our love to arrive. We talk about our days and about the random things that cross our minds as we fight the drowsiness. Most of all we talk about our love, for each other, and especially for the one that is missing, the one we are waiting for. Hard to keep our eyes open, we talk more though we say less… doing what we can to stay awake.

We start to wonder if our love will arrive or if she has already fallen asleep herself. We worry about the long hours she is working. We have been here so long, we cannot imagine giving up now.

We kiss and caress each other, enjoying each other as we keep each other from drifting to sleep. We continue to hope that we will soon see our love. Resting against each other, each holding the other up.

A last rush of energy flows through us from our excitement. We cling tightly to our love, the three of us in a loving embrace. Hugging and holding and kissing. She is so exhausted from her long day, but we are all so happy to finally be home together. Our energy quickly fades after a few moments and we start to fade away. We waited so long for those few precious moments. It was more than worth the wait. Moments like these are moments that we never lose, the moments that define our lives. As tends to happen when one finds themselves in a low place, they start moving up again.

I have had a great deal of opportunity for introspection lately, and to correct things in my life that had gone off course. I feel now as though my lovers and myself are on our way to a better state. Things are changing in our lives, and the changes seem to be for the better. Personally, I have freed up more time in my life to spend with my loved ones. One of the things that was really dragging me down was the feeling that I never had enough time for them.

Time has a way of getting away from us in this life, but when we really stop and think about it, we have a lot more time than we realize. Often, things seem important to us only because we have invested time into them and not because they actually benefit us or our loved ones in any way. It is difficult to separate ourselves from such things at first, but I have found that simply cutting myself off and making the thing hard to access or in some cases someone else making it hard to access helps me to move on.

It takes a lot less time than we might expect to detach ourselves and get past the need to throw more of our time into the endless void. In addition to having more time with my lovers, I have also reconnected with some old friends that were inadvertently cut out of my life due to lack of time. I have realized how much I have missed everyone, and it is wonderful to become a part of their lives again. It has been a learning experience for me.

Though it is a lesson I have learned before, I clearly needed a refresher. Last night, there was some writer news on the show although it looks as if the Writer's Roundtable will be delayed. According to the hosts, Kitty and Candy, Drew Z. Greenberg will be penning Episode 13 followed by Jane Espenson on There is an update to the SpoilerZone , which includes a rough summary of 'Bring On The Night' from an anonymous source. When Giles arrives he brings 3 girls Molly, Annabelle and Kennedy with him who are slayers in training.

Those are apparently what those girls from Istanbul and Germany were who were killed in the beginning of a couple of those episodes by those monk guys the Bringers. Apparently the First has been tracking down slayers in training potential slayers and their watchers and has been killing them all off. So now all the remaining slayers in training in the world are heading to Sunnydale for protection.

Spike replies, "She does.